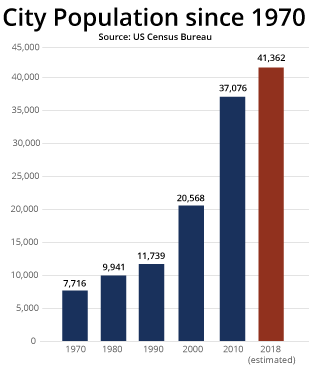 The 2010 Census information identifies a gender distribution of 51.2 percent female to 48.8 percent male within the City of Shakopee. 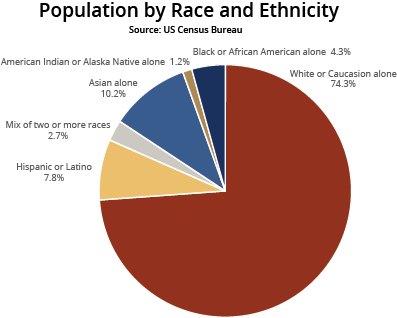 According to the American Community Survey 2013-17, 92.1 percent of Shakopee’s population 25 years and over has earned a high school diploma; 36 percent has earned a bachelor’s degree or higher.

The American Community Survey 2013-17 reports a median family income in the City of Shakopee at $84,400.

According to the American Community Survey 2013-17, workers in Shakopee travel an average of 23.3 minutes to their place of employment. This is comparable to workers within Scott County which reported an average of 26 minutes for a commute time.