A committee of local residents is fundraising to commission a bronze statue of the missionary Samuel W. Pond for display on the River City Centre plaza. The Pond statue and installation is estimated to cost up to $125,000.

Tax-deductible donations to the statue project can be made online or sent via check to the City of Shakopee, Attn: Joy Sutton, 485 Gorman St., Shakopee MN 55379. 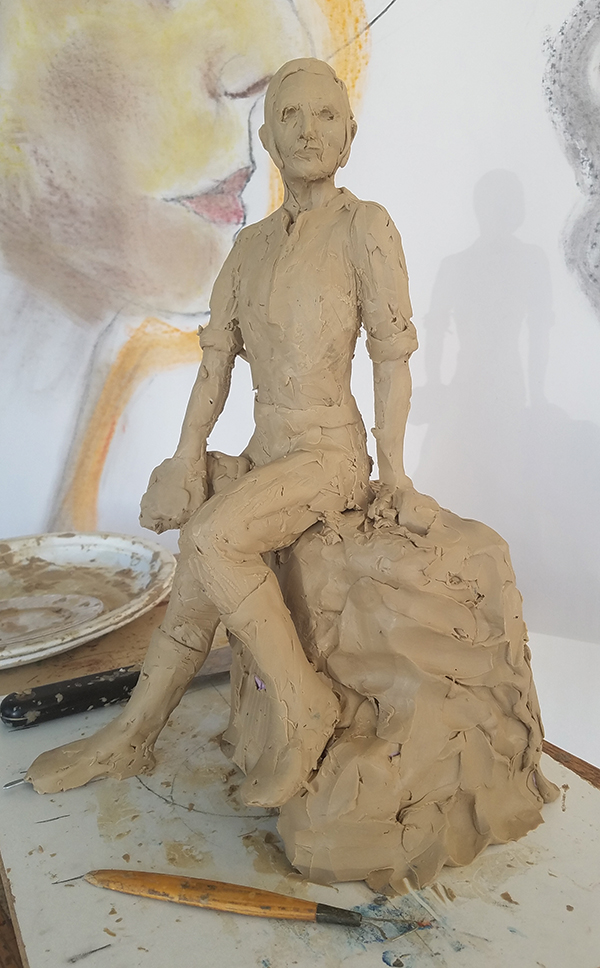 Arriving in Minnesota in 1834 with his brother Gideon, Samuel Pond is best known as a missionary, teacher and translator to the Dakota tribe.

Settling in a region which is now Minneapolis, the brothers taught Dakota tribes European farming practices and conducted their missionary work. Here, they began translating the Dakota language into English. Over the span of 40 years, they translated the first Dakota alphabet into English (known as the Pond-Dakota alphabet and still used, today), the Bible into Dakota and eventually, the first Dakota – English dictionary.

Rev. Pond was invited by Ŝakpe II (Chief Shakopee II) to relocate his family, wife Cordelia Eggleston Pond and their three children, to the Dakota prairie village called Tiŋta-otoŋwe, located near the present City of Shakopee. In 1847, the Ponds built the first framed structure in the area, which served as a school and missionary. In 1855, Samuel Pond founded the First Presbyterian Church, serving as its pastor for 13 years. While not the original church structure, the First Presbyterian Church continues to serve the community today on Shakopee Avenue and Marschall Road.

The city invested in a downtown improvement project intended to enhance the visibility and vitality of its historic downtown and improve its public spaces to increase a sense of place for its heart of the community.

Based on funding available and the needs of downtown, three projects were identified to be completed in the first phase:

An entry gateway at the First Avenue East intersection with Highway 101. Includes landscaping on both sides of First Avenue and in the median, as well as specialty pavement, public sculpture and crosswalks to Huber Park.

As part of the public realm study, the city's consultants identified several additional potential improvements to the downtown, including:

The Chief Sakpe statue was dedicated Nov. 28 behind the new monument sign north of River City Centre. The Shakopee Mdewakanton Sioux Community donated use of the statue to the city, along with the funds for its restoration and installation. Scott County is supportive of the overall project and maintenance crews removed the chain link fence atop of concrete wall which has significantly improved the gateway into Shakopee. See photos from the dedication ceremony.