Alignment to Community Priorities and Goals

Canterbury Commons fits with the goals and priorities of the community and the comprehensive plan by helping to grow the population base by offering a mix of living types including apartment and town homes, builds upon Shakopee as a regional draw with the addition of more hotel and retail space and concentrates growth in an already developed area of the city on underutilized land.

This development will be receiving financial assistance from the city through a Tax Increment Financing (TIF) District, which was approved in March 2018. This funding will be used on street, sidewalk and utility construction costs only and will be repaid.

In August, the City Council approved a contract for private development for public improvements that lays out specific requirements and how  TIF funds will be distributed. The TIF funds, approximately $33 million, will be divided as following:

Canterbury Commons will construct new public streets that will connect Shenandoah Drive to Eagle Creek Boulevard. The project is the first phase of a larger plan to transform the Canterbury area. 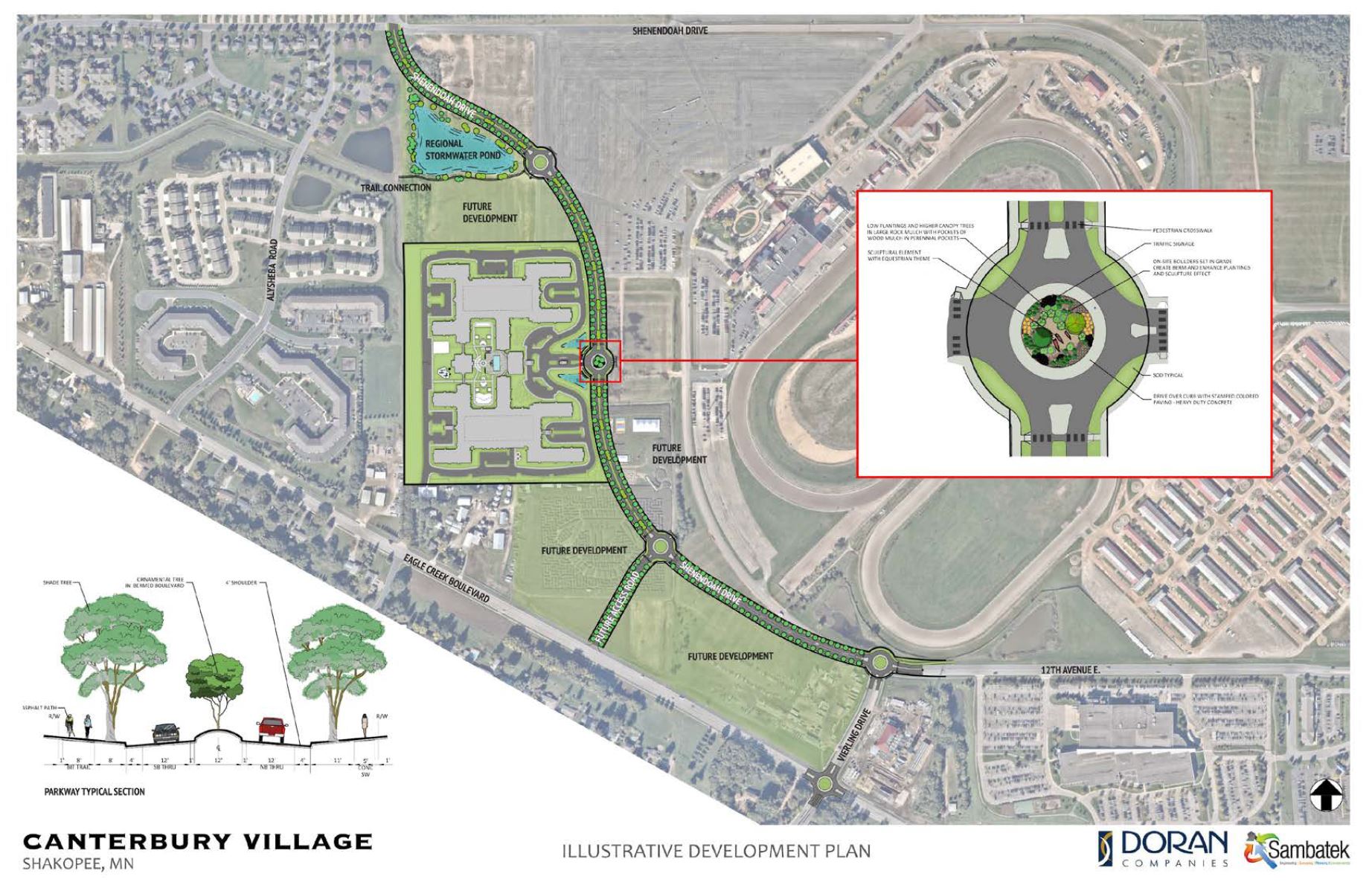 At its May 19 meeting, the City Council approved a preliminary and final plat of Canterbury Park 9th Addition on 27.3 acres at 1150 Shenandoah Drive. The council also approved rezoning 14 acres to allow for the creation of Planned Unit Development District No. 3—Canterbury Southwest PUD. Canterbury Development DBSV is proposing to develop the property to include a future sit-down restaurant, senior apartment building, hotel, office building, retail/fast casual restaurant buildings and a commercial lot. A planned unit development allows the city to set more conditions of construction and design.