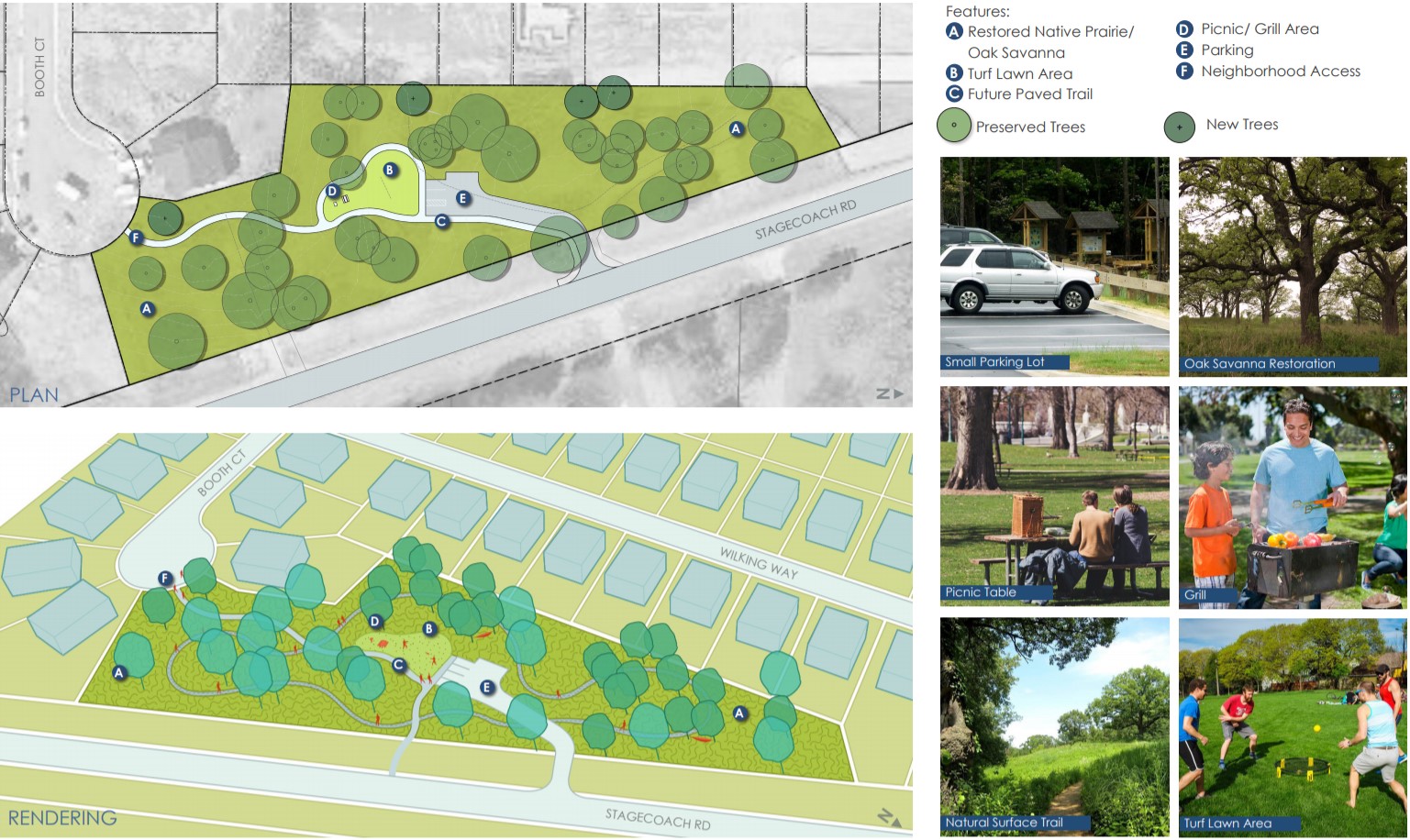 At its June 16 meeting, the City Council approved the proposed concept plan for Stagecoach Park, a new park planned at 1700 Stagecoach Road in east Shakopee.

The plan calls for a mostly passive open space with both natural and paved trails to encircle the park, a small turf lawn area, picnic table and grill and small parking lot.

The parkland was donated by the developer as a way to preserve the large, historic oak savanna on the parcel. The  proposal is based preserving these trees, and after resident feedback from a neighborhood survey and meeting, more paved trails were added. The next step is the development of construction documents with the possibility of construction starting later this summer.

Learn more about the proposed park at www.ShakopeeMN.gov/parkprojects.