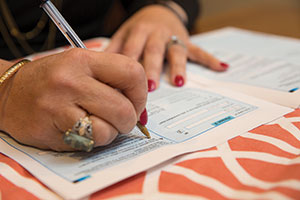 The U.S. Census Bureau is kicking off its national effort to count every person living in the United States.

Since 1790, the United States has conducted a census every 10 years. Required by the constitution, this head count provides population data to local, state and federal governments. The data is used to regulate congressional and school district boundaries, determine number of congressional representative seats and decide how much federal funding local communities can receive for public services.

Between March 12-20, all Shakopee residents will receive a letter from the U.S. Census Bureau, providing information about how to respond to the 2020 Census. The Census Bureau allows residents to respond by mail, phone and online, making this process easy and quick.

Data collected from the census will have far reaching implications for the City of Shakopee. Everything from highway planning to public safety hiring is influenced by the results of the census.

Businesses also use data collected through the census to decide in which communities to invest. This could mean new restaurants, offices or manufacturers for Shakopee.

For the first time, you can respond to the census online.

Minnesota is at risk of losing a congressional seat due to projected census data.

The dicentennial census is required by the U.S. Constitution.