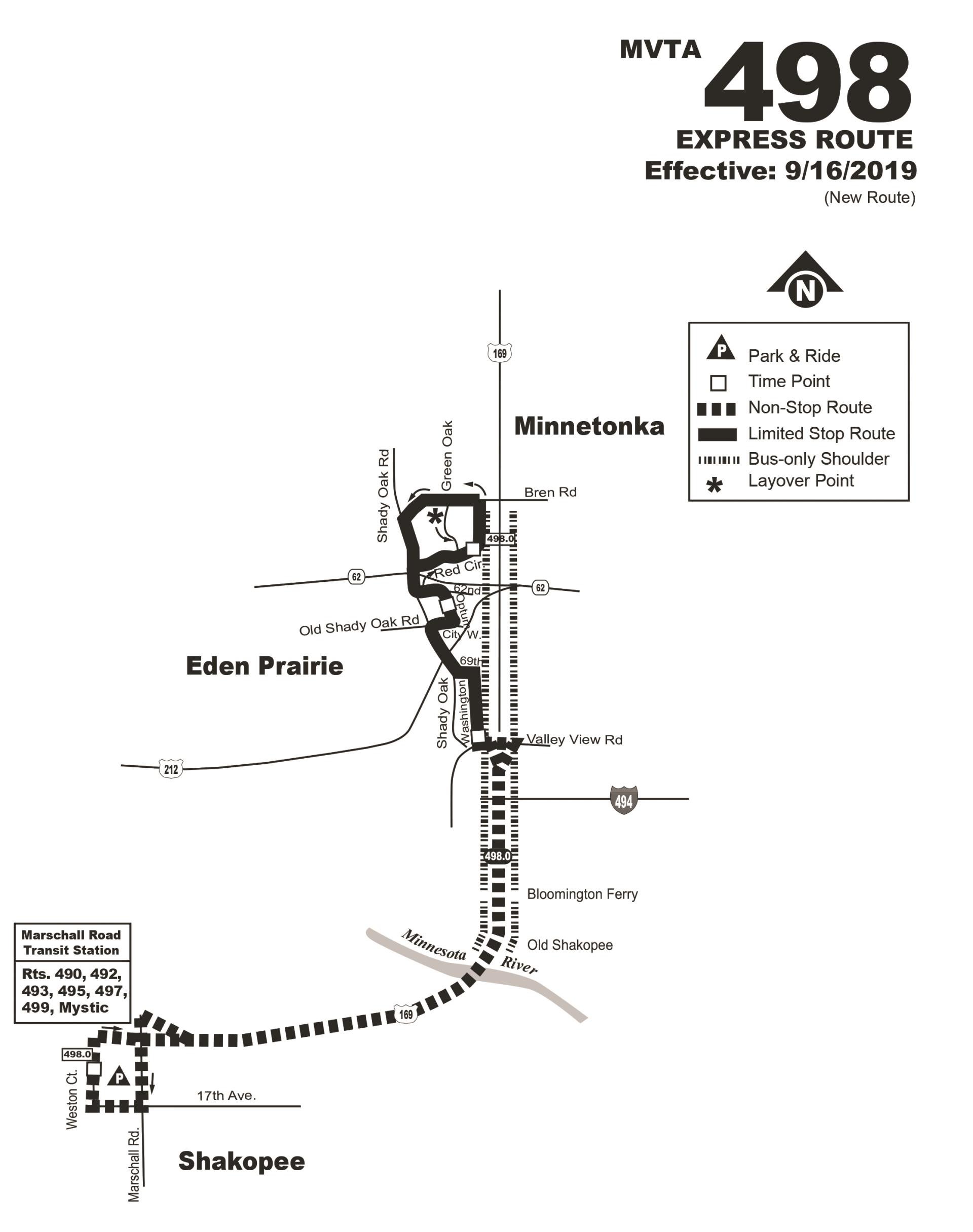 The new express Route 498 is connecting commuters between Scott County and the Golden Triangle in Hennepin County via Highway 169. MVTA’s new Route 498 is designed to serve commuters heading in either direction during peak travel times in the morning and afternoons and help relieve congestion on the busy corridor.

Trips operate non-stop between Marschall Road Transit Station and Highway 169/Valley View Road; local service along the route is available between Valley View Road and United Healthcare in Minnetonka, including Optum’s corporate headquarters in Eden Prairie. To catch a bus along this section, wave down the operator in a safe location and they will allow boarding. Commuters can also request a free transfer to Southwest Prime or Metro Transit to extend trips to other employers in the vicinity.

At the southern end at Marschall Road Transit Station in Shakopee, connections are available to MVTA’s Route 497/499 (Shakopee Local) and Route 495 (Shakopee-Burnsville-Mall of America).

Additional public transportation has been sought in recent years on the heavily traveled Highway 169 corridor. Scott County’s population grew by more than 50,000 people between 2000 and 2015 with Highway 169 traffic increasing by more than 3 percent in yearly traffic growth, according to the U.S. 169 Corridor Coalition.

Route 498 is funded through a federal grant, with a local match provided by Scott County.

Minnesota Valley Transit Authority is the public transit provider for Shakopee and six other communities in Scott and Dakota counties. Details on Route 498 are available at mvta.com/routes.