City staff are continuing to provide essential services. Contact us by phone, website or email. Find the latest updates at www.ShakopeeMN.gov/covid19.

As the criminals drove southeast through Dakota and Goodhue counties, law enforcement officers watched the car's progress via GPS. By the time it passed Lake City, they were able to pull it over.

"The real-time information we received in that case was incredible and allowed us to contact jurisdictions the stolen car was heading to and give them plenty of time to get into position," said Sgt. John Buetow. 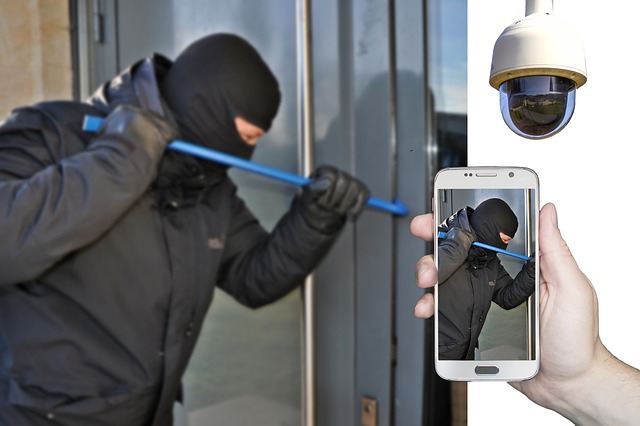 The rise of residential owner apps and cameras has helped police officers better solve crimes. From tracking stolen vehicles and smartphones to catching criminals in the act on camera, these consumer-based technologies are giving law enforcement another tool in the arsenal.

"Having homeowners with control over their own data provides much faster access to our officers," Buetow said.

Home surveillance cameras have become a ubiquitous tool, particularly for catching mail and package thieves. These cameras begin recording when they detect motion, alerting property owners when something fishy is happening.

"It's not always a suspicious thief lurking around your house. It might be a delivery driver dropping off a package or a kid selling something door-to-door," Officer Nicholas Bengtson said. "Sometimes having an eye on your house when you're gone is just a little more piece of mind."

The department's Proactive Policing Unit was able to use video recorded by a Ring doorbell camera to assist in a mail theft case in March. The theft was completely captured on video with a clear enough picture to positively identify the suspect. Thanks to the video, the department secured the proper search warrants and subpoenas to arrest the suspect.

"It’s one thing to have a camera on your front door or in a business; it’s another thing to have a quality, high-definition picture," said Buetow. "The current technology is fantastic. It gives us incredible pictures and video that we’ve never seen in surveillance before. The apps out there now provide real-time information that allows us to move with or head off some criminals. Quality matters and we see it out there now."

Another advantage of home surveillance cameras is their real-time response. Security systems can take several minutes after an alarm goes off to contact dispatch. By the time officers arrive on scene, a criminal can be long gone. With apps, homeowners can be notified immediately of movement outside their home. Occasionally, cracking open a case or protecting property is as easy as recording the correct moments in time.

"People may unknowingly record video of a random or suspicious individual walking around. It may be the best or clearest video we have of a suspect regarding an incident that happened down the street," Bengtson said. "That video might be the thing that helps break the case open and solve it."

However, the best advice Shakopee officers have for protecting your home and vehicles doesn't involve any newfangled technology. In fact, it's as easy as turning a key.

"Lock your doors, and make sure your valuables are not in plain sight," Bengtson said. "A lot of these crimes are crimes of opportunities."

Every year, the department responds to a rash of thefts from unlocked vehicles. These common crimes tend to be unplanned and spontaneous with thieves testing vehicle doors. By locking doors and not leaving valuables inside, these crimes would decrease dramatically.

"Technology feels like it's taking over the world, but some of the simplest and easiest things one can do is lock your stuff," Bengtson said. "It doesn't have to be new school; it can be old school."

This story originally appeared in the Summer 2019 Hometown Messenger.

Tips for protecting your property