The City of Shakopee continued its trend of low crime in 2018, recording a crime rate of 6.47 percent — the fifth lowest annual rate since the mid-1990s. 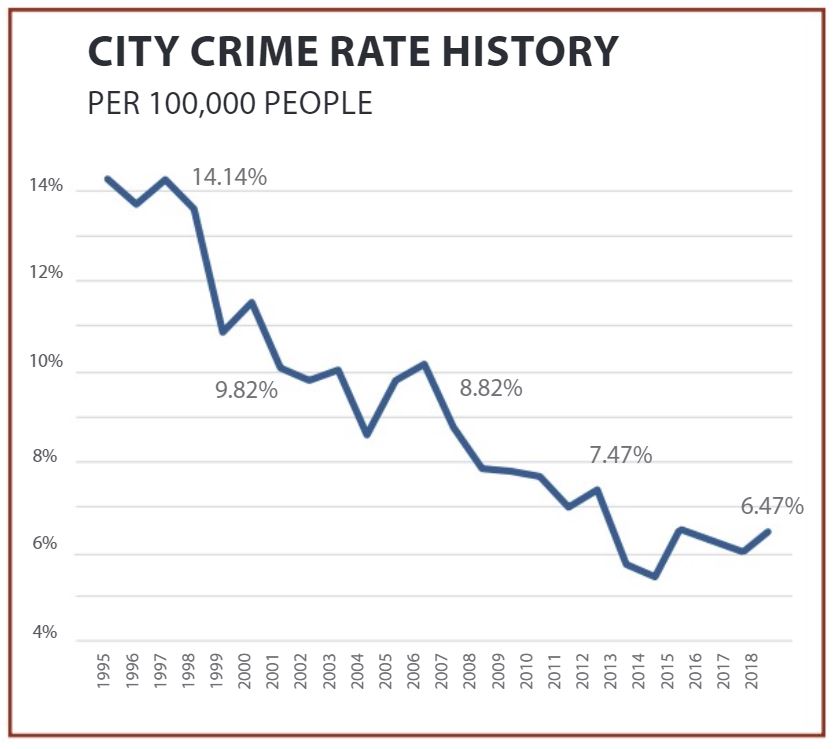 In fact, 20 years ago, in 1998, there were 7,042 more crimes reported in Shakopee, despite half the city population and police staff.

Yet, Shakopee Police Chief Jeff Tate is concerned public perception is being influenced not by the data, but rather by high-profile media incidents and social media misinformation.

For example, earlier this year, the department received a report of a teenager being assaulted by a stranger. While the police determined no crime was committed, the incident was posted to social media and quickly escalated into something much larger — and less factual — creating an unnecessary level of fear and concern in the community.

Tate notes local media covers crime in Shakopee more aggressively than in other Scott County cities, and social media accelerates how far (and quickly) news travels. A vehicle break-in is no longer restricted to neighborhood news but can be shared citywide in minutes. 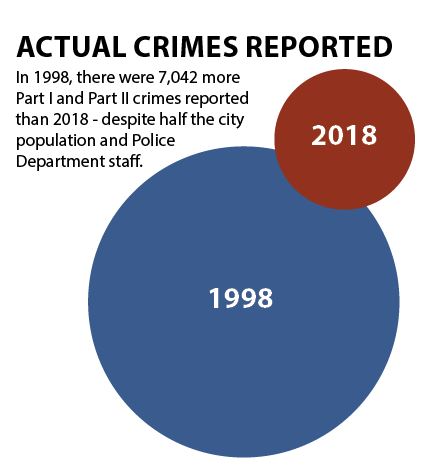 "It's not necessarily that crime is happening a lot more. It's just more visible," Tate said.

The city did record an increase in vandalism and fraud crimes in 2018. These crimes demand a lot of resources to investigate, which is why the department created a new Proactive Policing Unit to more actively investigate issues of problem properties, narcotics, fraud and theft. In summer 2018, the unit was able to arrest more than 50 people, recovered $1,000 of stolen property from local businesses and recovered 85 fraudulently created or stolen checks.

"Crime happens, and we know Shakopee is not immune. But we want people to see the full picture, not just what they are reading on their phones," Tate said. "Shakopee is and continues to be a safe place to live and raise a family." 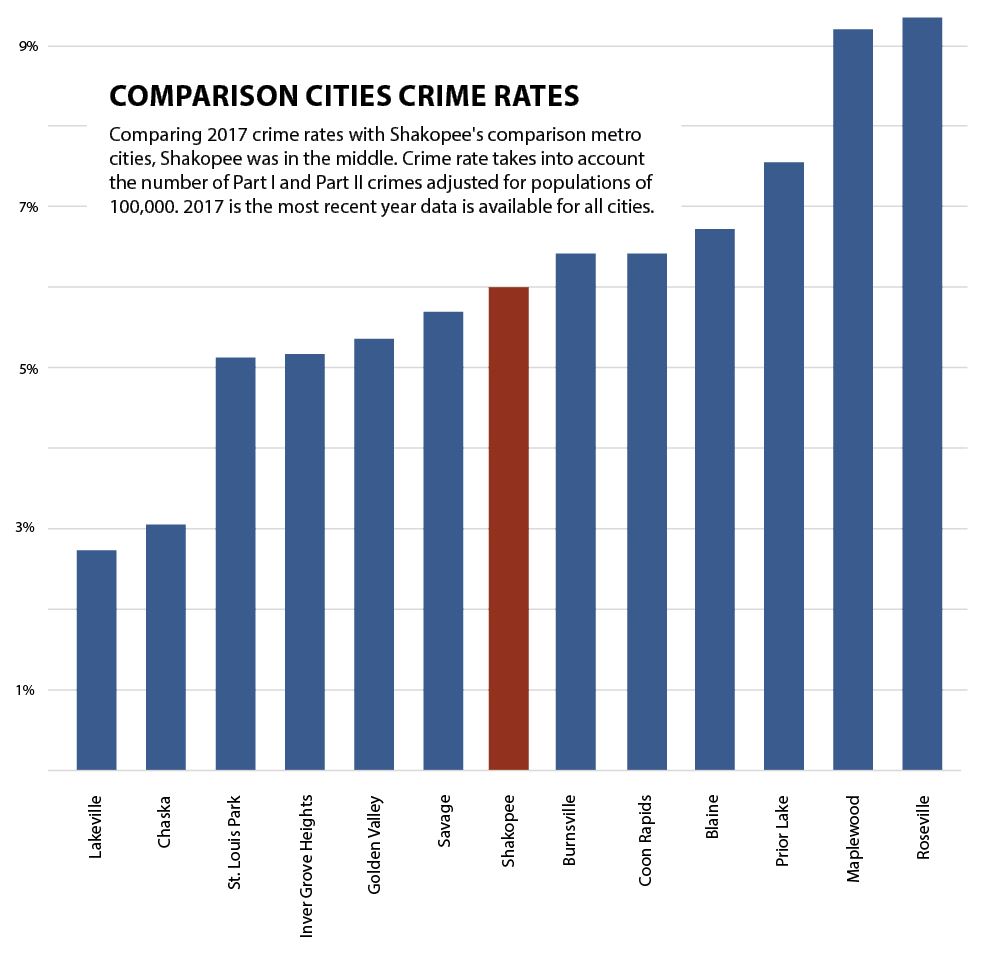 The department's full annual report is available at www.ShakopeeMN.gov/police.