So you want to build a deck? 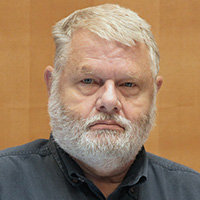 UPDATED: This blog post was updated in April 2020 to include an updated link to our deck handout.

You might think, it's just a deck. Why do I need a city building permit? However, last month, a young girl was injured in a deck collapse in Cottage Grove.

A deck is an extension of your home, and just as you would not want your house to collapse, why build a deck that could fall apart due to frost heave, water intrusion, rambunctious activities and other forces of nature?

When you apply for a deck permit, the Building Inspections Division reviews your submitted plans to verify that the decking, floor joist, beams and footings are adequate to support the weight. For example, did you know that a 14-foot-by-20-foot deck must be able to support 14,000 pounds?

You might think, Dave, we will never have that many people on our deck. No, but what about in the winter when there's 30 inches of snow out there? That translates into 6,720 pounds, plus the weight of the deck. Then you and a number of friends go out to watch that magnificent sunset. I'd be a little nervous.

If you want further information on how to build a deck, the city website has a deck handout [PDF] to guide you in building a safe structure. If you still have questions, give us a call at 952-233-9397.