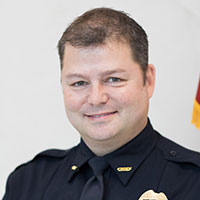 It might sound like a broken record, but when it comes to life and safety, nothing is more preventable than driving under the influence. Unfortunately, we’ve seen an extremely disappointing uptick in DUI arrests.

Statewide, DUI arrests are up by more than 730 incidents year-to-date from 2018. Arrests for drugged driving are increasing, as well. What’s even more alarming is the fact the average blood alcohol level for a DUI arrest in Shakopee last year was .169! Folks, that’s more than twice the legal limit. It’s unacceptable.

A person operating a vehicle at that level of intoxication is extremely dangerous to anyone on the road. They are essentially driving a loaded weapon that can injure or kill someone easily. We must do better. I would add that some of the highest blood alcohol levels we see are from people arrested in the middle of the day. This is not just a 2 a.m. problem.

Our department remains committed to keeping our roads safe. Proactively getting people off the roads who shouldn’t be driving is a top priority for us. That said, we would much rather prevent someone from getting behind the wheel in the first place than arrest them after the fact. That’s why we started the free Safe and Sober Ride Home initiative. To date, we’ve given 296 free rides to approximately 600 people. (The next Sober Ride Home date is Oct. 25.) With services like Lyft, Uber and licensed taxis in town, there is no excuse to drive impaired or stand by and watch someone else drive away impaired.

Have fun and enjoy all there is to do here in Shakopee, but let’s reverse this trend and take a stand to prevent impaired driving.