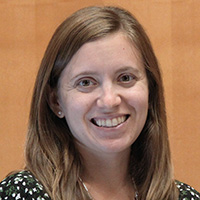 “I don’t remember the sirens, but I heard the wind at home,” recalled former Public Works Superintendent Mike Hullander. “It was like air being sucked out of the house.” 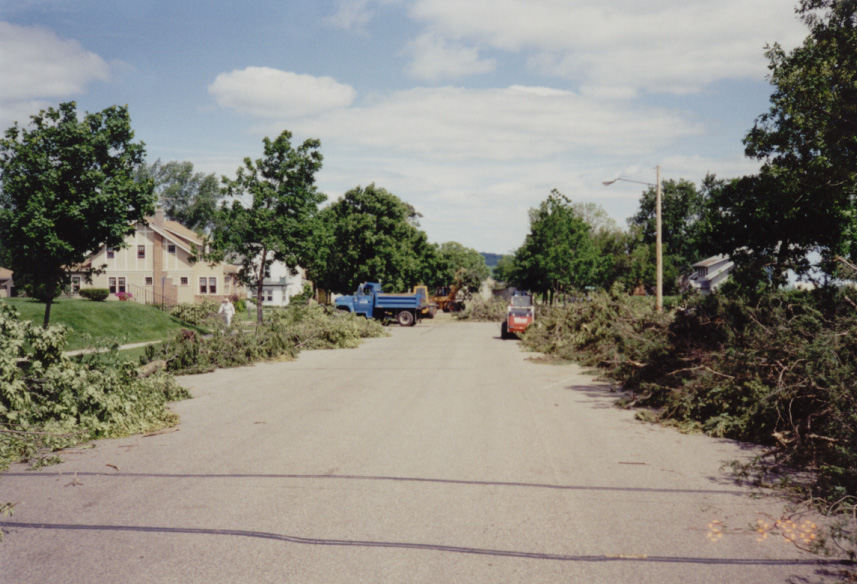 The storm knocked down power lines and trees across the city, blocking many streets and cutting a path from Holmes Park to Hauer Trail. A Union Pacific train was knocked off the tracks. Most of the city lost electricity.

Hullander said at the time the city did not have a clear emergency management plan, so his Public Works team relied on their experience assisting with cleanup from the March 1998 tornado that struck St. Peter, Minn.

After the storm passed, Public Works crews used chainsaws and loaders to begin clearing city streets for emergency vehicles. The Fire Department drove through the city checking on people while police officers responded to calls, including a woman trapped in her car by a fallen tree. City crews were able to ensure all city streets were passable by Sunday. By Monday, Shakopee Public Utilities had restored power to 50 percent of homes.

Public Works crews worked 12-hours days, five days a week for six weeks to clear up the storm damage. The city used vacant property behind Citizens State Bank as a collection spot for tree debris. Two seasonal staff members kept up with the department’s regular maintenance tasks. Many local businesses also assisted in the clean up effort. The city received FEMA support after a state of emergency was declared.

The storm was part of the Southern Great Lakes Derecho of 1998 that stretched from Minnesota to New York. No one was seriously injured in Scott County, though two homes were destroyed and 75 sustained serious damage. The National Weather Service determined the damage was caused by straight-line winds, measuring up to 80 miles per hour.

“I think it was a tornado that never touched down,” Hullander said. “The trees were all twisted.”

View a slideshow of photos from the 1998 Windstorm.