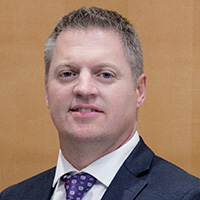 This past month, city crews have been preparing for the spring melt and rain by removing snow and ice from catch basins and drainage inlets and thawing frozen water in storm sewers. While most roadways drained well, we did have some trouble spots that required additional attention. For example, Pike Lake Road was inundated at a culvert crossing. County Highway 69 also flooded and was closed until Scott County maintenance staff could thaw the culvert and reopen the road.

Overall, the city mostly saw isolated property and alley flooding. Some garages, sheds and yards were flooded along alleys due to poor drainageways and/or the natural drainageways being plugged with snow and ice. We’ve received reports of isolated basement flooding due to a buildup of ice and snow blocking normal drainageways away from homes. A few homes were sandbagged and pumps were installed to bring water levels down from adjacent localized flooding.

The Minnesota River has not reached flood stage yet; however, we could within the week. The National Weather Service is projecting the river to rise higher than last year when the river crested at 711 feet multiple times. To prepare, our Public Works crews have been inspecting sanitary sewer manholes along the river to ensure they are sealed. It is imperative our manholes are tightly sealed once the river inundates them. Lift Station 16 will be monitored to ensure no excessive inflow of river water.

We do expect segments of the Minnesota Valley State Trail to be under water. If the river indeed crests above 711 feet, we should expect flooding of trails and open space in Huber Park, too. Susceptible flood areas also include the archery range, Valley Haven trailer court and Dangerfield’s Restaurant. Those areas are used to flooding and will be monitored with further coordination expected.

At this point, no final crest estimate has been determined, and we do not anticipate Highway 101 to close since the bridge was constructed above the 100-year-flood mark. Some crossings upstream may close since they are constructed at a lower elevation.