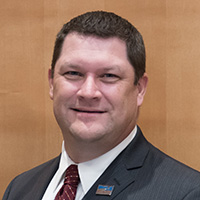 At its June 5 council meeting, the City Council accepted the 2017 Certified Annual Financial Report, which offers an overview of the city’s financial position and comparison data with the city’s comparable cities and cities statewide with similar populations. The next day, City Administrator Bill Reynolds and I held our first of two 2019 budget listening sessions.

We have held these budget listening sessions the last three years to kick off our budget process. They provide an opportunity to help residents learn more about the budget preparation process and what factors may be impacting next year’s budget.

More importantly, these sessions are geared toward receiving input about residents’ concerns, as well as suggestions that could potentially be included in upcoming or future budgets. While state law only requires cities to hold one public budget meeting annually (in December), by then, unfortunately, all the work in preparing the budget has been completed. Given unforeseen circumstances, making major changes to the budget at that time is unlikely. That’s why receiving public feedback early in the budget process is so important.

So what did we talk about at the public listening session? First, the 2019 budget is driven by the council’s budget priorities and goals:

Of course, many factors affect a budget’s ability to meet those goals. For example, the city is a service organization, so personnel costs are a major portion of the city’s budget. The city has union contracts for public works and police departments that require certain wage adjustments. Other impacts to personnel costs are health insurance and pension costs.

The governor recently signed legislation into law that helps the sustainability of the state’s police and fire pensions. The city is also actively reviewing health insurance options for next year, which includes exploring the possibility of moving towards self-insurance. Self-insurance would provide the city with more control over plan designs and cost control in being able to minimize fluctuations in premiums.

For more information on the budget process, please tune into the next council meeting on June 19. The city administrator and I will be reviewing this year’s budget listening session with the City Council.