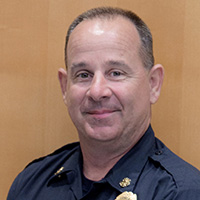 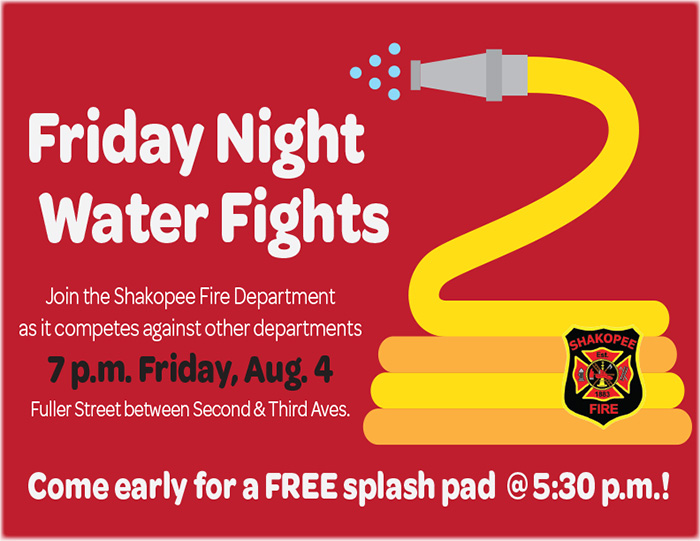 The Fire Department is hosting its Friday Night Water Fights at 7 p.m. Friday, Aug. 4 on Fuller Street between Second and Third Avenues. A FREE splash pad will start at 5:30 p.m.

Water fights are a long-standing tradition in Shakopee. Teams of four firefighters compete against each other with the goal of advancing a barrel past the other team’s line using only fire hoses and water pumped from a fire truck. Railings on either side keep the barrel in play.

A referee decides the start and finish of the competition and when to increase water pressure to speed up the match. Four judges watch the goal lines and protect the crowd in case the barrel goes outside the railing. We award trophies for first, second and third place finishes. The winning team also takes home a traveling trophy for bragging rights. In the past, teams from Chaska, Carver, Belle Plaine and Jordan have participated in the Shakopee event.

So how did water fighting between fire departments start? It is difficult to pinpoint when and where the tradition began. It is likely that neighboring fire departments in the early to mid-1900s sprayed water at each other after a fire, especially if they were hot. Different styles of competitions were likely held until they evolved into today's competition style. Department water fights are held all over the country with many held during a town festival or community days. In past years, we've held our event during Shakopee Derby Days.

We hope you come out Aug. 4 and join us for this friendly competition. At the very least, it could be a good chance to cool down with a stray shower from a fire hose.