The cost of city services 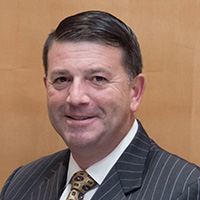 How much do you pay for cable television and Internet service a year? My family pays just over $135 a month for both cable television (not including Pro Football’s Sunday Ticket) and high-speed Internet service. Yours may be higher or lower depending on your particular tastes and needs, but in 2015, the average for such services was $132 per month.

That is the full amount I pay each year for police and fire protection, use of public streets and roadways, dozens of trails and parks to enjoy with my family and a multitude of other amenities that come with living in one of the area’s most vibrant and exciting communities.

We all like to complain about high taxes – I do, too! It is almost part of what is great about living in this country; we can complain about our taxes. But the reality is that the City of Shakopee has one of the lowest tax rates in the metro area. For the price of $72.14 a month, that is a heck of a deal. Now, if I can just get my cable bill lower…